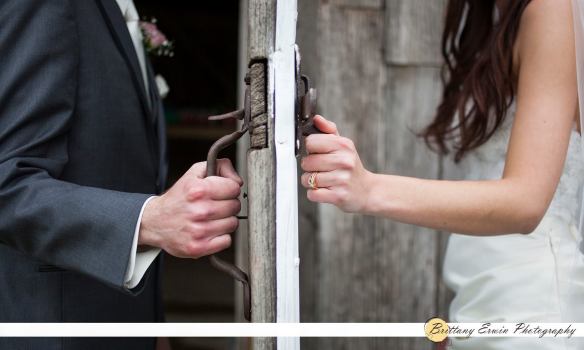 YHVH foreknew and foreordained that His Order of Melchizedek would come to the Kingdom for such a time as this (Esther 4:14).

“To everything there is a season, and a time to every purpose under the heaven (Eccl 3:1). What He has made beautiful in this Kingdom Day is His wings of His Melchizedek Army who ascend and descend on Yeshua – the Son of Man – by the Spirit of the Living God to the right hand of the Majesty in heaven. In No Man’s Land (a place that the Melchizedek Company resides), we find out God’s works from the beginning until the end, because He set eternity in our hearts (Eccl 3:11).

Time is a mystery. The Melchizedek section of the Dead Sea Scroll (11Q13 – cave 11 Qumran physical scroll 13) speaks that Melchizedek will instruct the world about all the periods of history for eternity and the statutes of the truth.

Know that even though there are seven Feasts of the Lord spelled out in Leviticus 23, which God Himself says: “These are My feasts” (Leviticus 23:12), there are two additional feasts that are in the Bible. One of the Biblical Feasts – Purim – is commemorated in the Book of Esther.

If the ORDER in the Order of Melchizedek is going to abide in an intimate rest worship stance, they must resonate at the frequency of His word. BTW – The Dead Sea Scrolls also speaks of the songs sung over the Sabbath Sacrifices, which are still resonating throughout eternity seeking for a place where they can manifest and rest.

“The word preached did not profit them, not being mixed with faith in them that heard it, For we which have believed do enter the rest … For He spoke in a certain place of the seventh day on this wise, And God did rest the seventh day from all His works. There remains therefore a rest to the people of God. For he that is entered into His rest, he also has ceased from his own works, as God did from His” (Hebrews 4:2,4, 9-10).

These “Songs of the Sabbath Sacrifice” were sung to Melchizedek – the chief angelic priest – in one fragment. Recall that the New Living Creature of the One New Man in the Messiah (Christ) is called the Cherubim in Ezekiel 10, and that word “Cherubim” can either be a divine or human messenger according to the Hebrew Scripture and the Greek Septuagint. For more information, please refer to https://sapphirethroneministries.wordpress.com/2013/11/21/taking-on-common-union-part-4/,

Basically, the Eternal Order of Melchizedek operates from a position of REST as the Seventh Day Transfigured Son — the One New Man in the Messiah. In the twelfth song of the Cherubim, which we are told are almost indistinguishable from the wheels of God’s chariot throne (Ezekiel 1), the priests used to worship YHVH silently. We are told that one cannot hear this praise, but it is evident in brass-like flashes of light emerging from His throne. These Ancient Sabbath Songs included priestly and princely angelic (cherubim) praise of the divine king as well as praise issuing from the vestibules. A vestibule is a passage, hall or room between the outer door and the interior building, which gives access to something new.

At the dawning of this New Kingdom Age, the Order of Melchizedek operates as the king’s chamberlain or treasurer of the most intimate. Please recall from the last PRACTICAL KEYS TO UNLOCKING MELCHIZEDEK article (https://sapphirethroneministries.wordpress.com/2017/06/16/practical-keys-to-unlocking-melchizedek-part-6-order-speaks/) that there are some secret keys about Melchizedek that are hidden in plain sight when we study “nothing” and the concepts associated with it in Scripture.

“Now when the turn of Esther, the daughter of Abihail, the uncle of Mordecai, who had taken her for his daughter, was come to go in unto the king, she required NOTHING but what Hegai the king’s chamberlain, the keeper of the woman, appointed. And Esther obtained favor in the sight of all them that looked upon her” (Esther 2:15 KJV).

The Lord’s Melchizedek Company is the predecessor for the unparalleled beauty of His Pure and Spotless Bridal Company. They both have pure hearts surrounded by Yeshua HaMachiach (Jesus Christ)’s Blood, which passes through the righteous judgments that emanate from His Sapphire Throne. These royal priests of Melchizedek prepare the way for the Bride to join the King of Kings.

One of the Bridal Preparation functions that Melchizedek operates in is displayed in his role as the king’s chamberlain. My Webster’s Collegiate Dictionary tells me that a chamberlain is an attendant on a sovereign in his bedchamber. He is a chief officer in the household of a king who is the treasurer of his most intimate possessions. As guardians entrusted with the receipt, care, and disbursement of the king’s treasures, the Eternal Royal Priests of Melchizedek are governmental officers who are in charge of receiving, keeping and disbursing the king’s resources.

This incredible kingdom key to the wealth of heaven being dispersed to the sons of God on earth is given only to those who’s character have been refined in His Baptism of Fire to the place where His Sons of Light can stand in the council of God and take the responsibility for being seated in His government. When we restore the ORDER in the “Order of Melchizedek,” we hit the mark of the highest way of life for God’s family, which is flowing in the perfect rhythms of Spirit and Truth. The most ancient path of ORDER point us to being a Living Word, as HE is the Word made manifest. In fact, the meaning behind the king’s chamberlain’s name – Hegai – speaks of four things: meditation, word, groaning (birthing) and separation. These are all key because they are the instructions of the one in charge of the house of the women – the house of the Bride of Christ (Esther 2:3). We are to do NOTHING, except what the king’s chamberlain appoints.

What I also think is so wonderful is that Esther’s father’s name – Abihail – speaks of loving God with all your strength, which is the Bridal Portion of loving God with all one’s resources. The Hebrew word for “strength” articulates to passionately love the Lord vehemently; wholly, speedily, especially when repeated; diligently, especially, exceedingly, greatly, louder and louder, mightily, utterly; to rake together; a poker for turning and gathering embers; a firebrand (i.e. torch). Please refer to http://wp.me/p158HG-sS.

Purim is currently a twisted counterfeit – a type of Mardi Gras – of a righteous real. What I mean when I say that Purim is a twisted counterfeit of a righteous real is that we need to untwist it. We need to keep that which is holy and get rid of that which is profane: drunkenness, debauchery and revelry. Many of the current practices of Purim are related to a Mardi Gras spirit, which needs to be redeemed and refocused by His Sons of the Kingdom on the preparation of the Bride and deliverance aspects of this feast that’s in His Word.

The Eternal Order of Melchizedek is called for such a time as this to restore His Kingdom Order to this Biblical Feast. Both Chanukah and Purim are not feasts forever, because they have a culmination. That culmination is the church becoming His Bride through the acceptance of being cleansed from sin by Yeshua’s Blood and cleansed from the world by the application and manifestation His Eternal Word.

We are the curators of the king’s most intimate treasure AND we are His most valued possession. The commitment to being married to the King and Kings and the Lord of Lords is not to be taken lightly is almost an understatement. His queen will most excellently represent the King. You have been called to His Exalted Kingdom for such a time as this, and His scepter is currently being extend to those who say “I do” with all their heart, soul and strength.