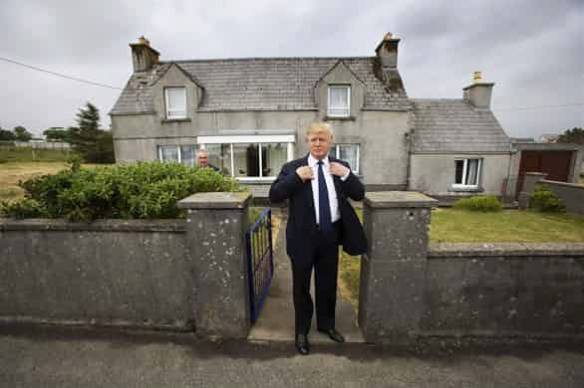 CORRECTION dated 08-21-2018: It has come to the attention of Sapphire Throne Ministries (STM) that the following post appears to be incorrect. Even though STM received revelation that President Donald J. Trump has some type of connection to John Knox, it appears that it is not what was posted below

Kathy Walters corrected this post by sharing the message: “I have written a book on Hebrides revival. Eye witness accounts which I got myself from the people. Donald Macphail, the young 17 year old, that God powerfully used in prayer, became a friend of mine. No one there thinks that the Smith smiths sisters were Donald Trumps aunts. The top historian of the Hebrides revival says there was not a connection between them. There are about 10,000 smiths registered in Hebrides. I have searched and searched and asked all the people and histories they all say “no very highly unlikely.” I think someone saw the name “smith”. And adopted the smith sisters into Donald family.  I don’t think you should include that, because the info is not correct.  There are no first names that match with sister and Donald relatives. Black, Smith, Macleod, Macphail, MacDonald etc  are huge Clans.”

We appreciate Kathie Walters correction and publicly apologize for getting this wrong. Please forgive and pass the word! We have added Kathie’s correction to the beginning of this post. Please pass the message. We appreciate great grace in this process of becoming just like Messiah Yeshua.

—  PLEASE REFER TO THE ABOVE CORRECTION TO THE FOLLOWING POST —

Did you know that President Donald J. Trump has two great aunts that prayed the Hebrides Revival down from heaven between 1949 and 1952? The Hebrides Islands are off the west coast of Scotland.

In the late 1940s, there were two elderly sisters that were too frail to attend public services – 84-year-old Peggy Smith was blind and 82-year-old Christine Smith was almost bent over double from arthritis. Their humble Scottish cottage on the isle of Lewis in the small fishing village of Barvas became their sanctuary where they petitioned God day and night for a promise given to them “I will pour water upon him that is thirsty and floods upon the dry ground.”

One night, Peggy received a revelation that revival was coming and the church of their fathers would be crowded again with young people. Peggy sent for Reverend James Murray MacKay to tell him to call the elders and deacons to wait upon God.

Mary Anne Smith MacLeod was the niece of the two intercessors of the Hebrides Revival – as well as cousin to Donald Smith who was a 15-year-old convert at that revival and Duncan Campbell’s outstanding helper. Mary Anne immigrated to the United States of America in 1930 and married Frederick Trump. They met at a dance where they fell in love. After they married in January 1936, they quickly began their family: Mary Ann Trump Barry, a United States Federal Judge (born 1937), Frederick Jr. (1938-1981), Elizabeth (born 1942), Donald, 45th president of the United States (1946), and Robert (1948).

There is devotion and a spiritual well of revival in President Trump’s bloodline. Let us petition that God unstop these wells in his life that will then overflow to the nation and even the world. The Hebrides Revival was so overwhelming that it was a game changer. Did you know that it even stopped crime due to people being convicted of doing evil things?

Revive U.S. (us) O’ Lord! Pour out water on us who are thirsty and floods on the dry ground. Saturate the dry ground. Pour out Your Spirit on all men and especial blessings on the youth (Isaiah 44:3).

PHOTO: Trump stands outside his late mother’s house at 3-5 Tong on the island of Lewis behind is one of his maternal cousins. Photograph by Murdo MacLeod.