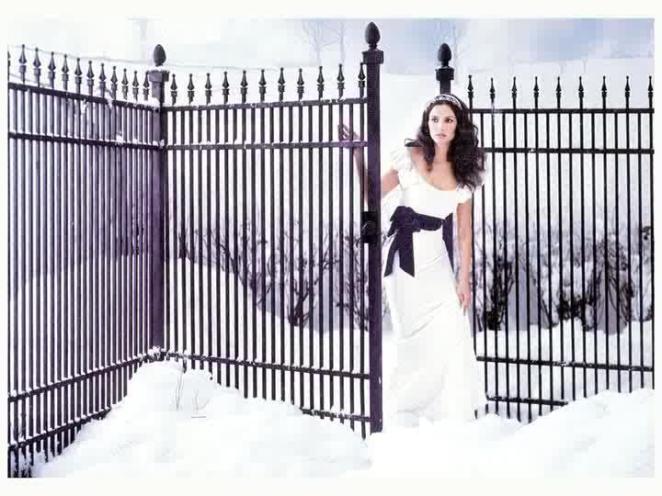 The Beautiful Gate of the Feast of Dedication (Chanukah) opens a greater grace to becoming one with Him as His pure and spotless Bride. This is a time when Yah (God) Himself is literally communicating to individual members of His Body how He wants our temples dedicated as holy. Possibly the greatest mystery concealed within His Winter One-der-land of Chanukah speaks about cleansing our temple from the mystery of iniquity during this season to dedicate it anew for a holy purpose.

Within the DNA of Chanukah is the struggle between two kingdoms. The Syrian-Greeks are a picture of the Kingdom of Self while the faithful remnant of Yah’s people epitomize the Kingdom of God. God declared something noteworthy when He choose to stamp His salvation with a miracle of light. Recall that not only does Chanukah celebrate His people’s military victory by a small ragtag righteous remnant, but the miraculous provision of oil needed to light God’s Temple so they could clean it out and rededicate it to the Lord. Their struggle was more than a fight for self-respect and freedom. Chanukah is a picture of God’s people waging a war of light against darkness.

Jewish Sages have chosen the term “darkness” to describe the Antichrist of this age. The villain of the Chanukah story is the Syrian-Greek King Antiochus Epiphanes IV. Antiochus, who took the name Epiphanes – God manifest – is rightly portrayed as an Antichrist. Not only did he pollute God’s altar by offering up a pig (the most profane sacrifice possible) on the 15th of Kislev in 168 BC, but he forced God’s people to bow before a false Greek sun god (Zeus) under the penalty of death beginning on the 25th of Kislev. This portrays a primary issue that the Lord our God is asking His people to cleanse in our day. WE NEED TO CLOSELY EXAMINE THE THINGS THAT WE ARE SACRIFICING ON GOD’S ALTAR TO WORSHIP HIM. WHAT DOES HE THINK OF OUR WINTER ONE-DER-LAND WORSHIP? BTW – Before the Roman shift in time, December 25th marked the ancient winter solstice, and this day was known throughout antiquity as the birthday of the pagan sun gods.

The Antiochus Antichrist did his homework. He outlawed and made punishable with death anything and everything that would keep God’s people holy. He desecrated God’s Holy Temple in Jerusalem with pig’s blood, and replaced it with a pagan temple to honor the Greek sun god. Antiochus also set up his own corrupt High Priest. He dissolved their Biblical calendar, because these people of the Book tried to keep their time holy. He prohibited God’s people from observing dietary laws that respected the sanctity of life, laws of family and marital purity, the sign of the Abrahamic covenant, and even the use of their God’s Name. All holy writings were confiscated, pig’s blood was poured on them, and then they were burned. And if that wasn’t enough, pagan Greek altars and temples were set up everywhere, so the people could demonstrate their “new devotion.”

This was the climate present in the little town of Modi’in, which became the cradle for the general revolt against the Antichrist System of their day. A devout family headed by Mattisyahu the Hasmonean had fled Jerusalem where the persecution was strongest. One day the king’s forces appeared in Modi’in, and demanded that all the townspeople offer up a sacrifice in the pagan fashion. The official representatives of the King Antiochus looked for the most respected man in town. The king’s emissaries attempted to convince the venerable Mattisyahu that it would be to his material, social and earthly advantage if he would set an example for the people. If Mattisyahu were to comply, he and his sons would be considered the pagan king’s “friends,” an official title that carried with it many privileges with not the least being a substantial sum of money.

As Mattisyahu was defiantly refusing to profane “The Name,” a renegade Jew neared the altar to save his own life by offering the pagan-required sacrifice. When Mattisyahu saw this, he was indignantly filled with rage. In the fashion of Phineas, Mattisyahu grabbed a sword from a Greek soldier and killed not only the Jewish renegade, but the Syrian-Greek emissaries of the king (Num 25:1-13). Mattisyahu then proclaimed: “Whoever is zealous for God’s Word and is steadfast in the Covenant let him follow me!” Thus, Mattisyahu and his sons and entire family left all their worldly possessions behind in Modi’in and fled to the mountains in the Judean desert. Isn’t there an end-time prophecy about fleeing to the mountains and the Bride coming out of the desert leaning on her Beloved? Look it up. Well anyway, many others followed.

For more about the Maccabean ban of radicals who overcame overwhelming odds to preserve their religion from utter annihilation, and in the process most likely preserved the righteous foundation for any Judeo-Christian faith, check out:

Written December 3, 2013 – Sapphire Throne Ministries – Robin Main. Copyrighted – If you are going to copy this, please copy it right by giving attributions to this source.

How about some fiery new wine?!

The Feast of Dedication (Chanukah) celebrates the purification of God’s Temple, which is not only the preeminent house of worship in Jerusalem, but the Bible tells us that believers are the temple of the Holy Spirit: “Or do you not know that your body is the temple of the Holy Spirit, who lives in you and was given to you by God? You do not belong to yourself, for God bought you with a high price. So you must honor God with your body” (1 Corinthians 6:19-20 NLT).

The flame of the Holy Spirit burns inside and out of us, so we may be the light of the world. The miracle of the burning of the make-shift menorah at the first Chanukah signifies no matter how little oil one may have, God can always make it enough if we will only endeavor to do what is right in His eyes. This is a time when God Himself is literally communicating to individual members of His Body how He wants our temples dedicated as holy. Possibly the greatest mystery concealed within His Winter One-der-land of Chanukah speaks about cleansing our temple from the mystery of iniquity during this season to dedicate it anew for a holy purpose.

One of the greatest tests of the last days will revolve around the mark of the beast. From Revelation 13:17, we know that the mark of the beast is an economic symbol; because no one can buy, sell or trade in the world’s economic system unless they have received the beast’s mark. We also know from the preceding verse that worshiping the image of the beast will accompany his mark. What beastly image will people be worshiping in these last days? There are many answers to this question, but I believe that the simplest explanation is we will either worship God or ourselves.

“But understand this, that in the last days will come (set in) perilous times of great stress and trouble [hard to deal with and hard to bear]. For people will be lovers of self and [utterly] self-centered, lovers of money and aroused by an inordinate [greedy] desire for wealth, proud and arrogant and contemptuous boasters. They will be abusive (blasphemous, scoffing), disobedient to parents, ungrateful, unholy and profane… [They will be] lovers of sensual pleasures and vain amusements more than and rather than lovers of God” (2 Timothy 3:1-2, 4b AMP).

Please select how you’d like to involve others (there’s freedom to do whatever the Spirit leads):

[1] Is there areas in your Winter One-der-land of worship that can be cleanse according to God’s Word?

[2] What do you admire in the Maccabees fight to overcome the Anti-Christ in their day?

[3] How do you honor God with your body?