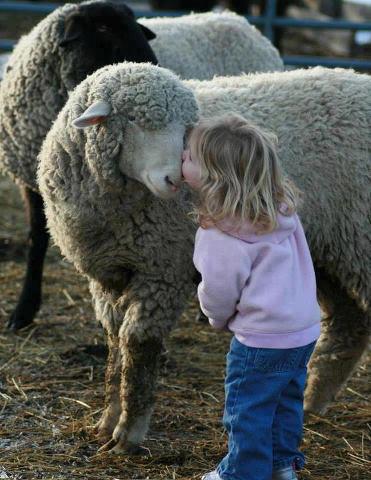 “The Lamb slain before the foundation of the world” is a very deep mystery that’s mentioned twice in Scripture:

• “And they worshipped the dragon because he had given power to the wild beast, saying, Who can prevail against him to fight him? And there was given to him a mouth, that he might utter boastful things and blasphemies’ and power was given to him to make war for forty and two months. And he opened his mouth in blasphemy against God, to blaspheme His name and His Dwelling Place and those who dwell in heaven. And power was given to him over every tribe and kindred and tongue and nation, and it was given to him to make war with the saints and to overcome them. And all who dwell upon the earth shall worship him, even those whose names are not written in the BOOK OF LIFE OF THE LAMB SLAIN FROM THE FOUNDATION OF THE WORLD” (Revelation 13:4-8 Lamsa’s Aramaic).

• “And if you call on the Father, who is impartial and who judges every man according to his works, conduct yourselves reverently during the time of your sojourning here, knowing that you have not been redeemed from your empty works which you have received from your fathers, by corruptible silver and gold, but WITH THE PRECIOUS BLOOD OF THE LAMB WITHOUT BLEMISH AND WITHOUT SPOT WHICH IS CHRIST, WHO VERILY WAS FOREORDAINED FOR THIS VERY PURPOSE BEFORE THE FOUNDATON OF THE WORLD, and was manifest in these last times for your sakes, who by Him you believe in God who raised Him up from the dead and gave Him glory, that your faith and hope rest on God. Let your souls be sanctified by obedience to the truth, and be filled with sincere love, so that you may love one another with pure and perfect hearts, being born again, not of corruptible seed, but of incorruptible, by the Word of God, which lives and abides for ever. For all flesh is as grass, and all its glory is as the flower of the field. The grass withers and the flower fades away, but the Word of our God endures for ever. And this is the very word which has been preached to you” (1 Peter 1:17-25 Lamsa’s Aramaic).

I believe that I have delved into the tip of the iceberg in regard to “the Lamb slain before the foundation of the world,” so please feel free to share your revelation of this incredible truth. I know that Scripture clearly reveals that Jesus Christ (who is called the Word of God in Revelation 19:13) is the Lamb of sacrifice (John 1:29; Revelation 5:6,9,12; Revelation 6:9; Revelation 13:8).

Since God is outside of our created space-time continuum in eternity, He knows and sees everything. Therefore, the Lord our God not only foresaw the need of a perfect, unblemished sacrifice that would take away the sins of the world (John 1:29); but he foreordained the Lamb of God sacrifice that only God could bring. God understood that those created in His image – mankind – and all of creation needed a Savior, even before time began.

I’m not exactly sure of how Messiah Yeshua (Jesus Christ) was slain before the foundation of the world, but I believe the Word of God says that He was. In Hebrews chapter 1 it says: “He has spoken to us by His Son, who He has appointed heir of all things, and by whom also He made the worlds; for He is the brightness of His glory and the express image of His being upholding all things by the power of His Word; and when He had through His person cleansed our sins, then He sat down on the right hand of the Majesty on high” (Hebrews 1:1b-3 Lamsa’s Aramaic). Somehow the Word in the beginning that was with God and was God was slain both in the eternal realm before time began, and on earth when the Word that became flesh and dwelt among His creation was crucified on the Cross.

Notice that the Book of Life is directly associated with the Lamb slain from the Foundation of the World in Revelation 13:8. We are told in Revelation 3:1-5 to wake up and remember all the things you’ve received and heard; then turn back to God and obey what’s in the Word of God. The one who experiences victory in these matters will be dressed in white robes and Yeshua will never erase your name from the Book of Life. Revelation 20:12 goes on to reveal at the Great White Throne, the dead are judged by what they had done as recorded in their books as well as in the Book of Life. Then Revelation 21:27 reveals that any unclean, evil or defiled thing will not enter the New Jerusalem as well as anyone who does what is abhorrent or deceitful. Only those whose names are written in the Book of Life of the Lamb.

Written October 29, 2017 – Robin Main. Copyrighted – If you are going to copy this, please copy it right by giving attributions to this source.

• THE DOOR OF THE TABERNACLE OF THE CONGREGATION #7 – GROUP ASCENSION =>https://sapphirethroneministries.wordpress.com/2017/09/27/the-door-of-the-tabernacle-of-the-congregation-7-group-ascension/