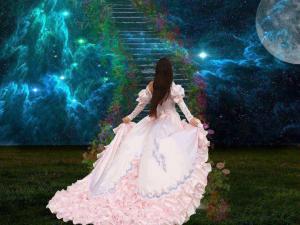 Are You Ready For the Testing of Your Works by Fire?

No matter what our future holds, mature sons of the Most High God need to perform periodic heart checks to see if we are producing eternal fruit. One thing we all need to acknowledge is that we can build upon the foundation of Jesus Christ with perishable materials. Most people assume that’s other people are doing that, but that’s not me. Behold, in this Kingdom Day, our works will reveal by fire (1 Cor 3:11-15).

When I heard that a comet called ISON was going to fly by the sun on the same day that Thanksgiving Day coincides with the first day of Chanukah, my spirit sat straight up. Additionally, when I heard the word ISON, I immediately went to the “hayah” place. If you’ll recall from the October 12, 2013 post, “hayah” can be simplified into a righteous State of Being that resonates at the same frequency in which it was originally created. “Hayah” is a unique verb. It carries a meaning in the past of what was done. It carries a meaning in the future of what will be done, but a presence tense does not exist for this verb. Instead, it is given that the verb “to be” is just there. It’s who you are, like “I SON” the “am” in “I am SON” is already understood to exist, and it manifests in what a person is actually doing. It begs an answer to the question: “How am I currently exhibiting righteousness, holiness and truth?”

When I recently discovered that Comet ISON was more than merely interesting with the potential to literally rock our world, a supernatural calm came over me, as I checked in with the King of the Universe. I asked LOVE the implication of the Comet ISON ricocheting by the sun on the day when Thanksgiving and Chanukah coincides. I understood that momentous signs in celestial stars portend new seasons in God. The significance of this can not be understated, because the last time that this kind of sign was seen in the stars, the fullness of time came and Yeshua (Jesus) was born. Now another divine administration of the fullness of times has come where Christ’s Mature Head – Yeshua – will be ultimately united with His mature Body.

I believe that this I AM SON sign in the stars is a clarion call to the Bride of Christ. For 15 days, our planet will be revolving in the debris trail of a huge comet. Can this ISON be a Revelation 8 trumpet with the potential to fulfill the destruction of one-third of our earth? It is a possibility, but only God knows. Personally, I’ve already settled long ago that to live is Christ, and to die is gain. I’m mainly focused on His Kingdom coming and His will being done. The safest place to always be is holy-wholly in the center of His perfect will and way.

What I do know is that He is readying a pure and spotless Bride in this hour. Brace yourselves, because the celebration of Christmas, and everything associated with it, is going to be shaken to its core. Christmas is idolatry and mixture in His eyes. How do I know this? Yeshua visited me in person on Dec 21, 1998 and told me so. He epiphaneously came to me weeping and said: “The mixture of Christmas grieves My heart.” Talk about a bombshell! At the time, I celebrated Christmas to the hilt! After Yeshua paused to let that bolt-from-the-blue sink in, He then added: “Come out of Babylon and lay down Christmas, for I WILL have a pure and spotless Bride.” Then about a year later on Dec 1, 1999, He appeared to me again along with Gabriel. His earth shattering message that He wanted me to share with Christians who love Him was: “Christmas will be the Golden Calf of America,” which is the preeminent symbol of idolatry.

His glorious church without spot or wrinkle isn’t automatic. It happens by the work of His Spirit in our lives, as we lovingly obey Him walking in faith and grace. After 14 years of full-time research of Christmas in both Scripture and History, I can tell you what Yeshua told me is true. Christmas – as an eternal work and reward – will be burned up when it is tested by fire, but those who believe on the Son of God will still be saved (1 Cor 3:15), which means: A Christian can be saved by faith through grace and still celebrate Christmas, and they will go to heaven and still be part of God’s family… BUT they will not be deemed pure and spotless according to His Word; and thus, they will be counted as a foolish virgin (believer), not a wise one, and the door to His marriage will shut to them (Matt 25:10). When the All-Consuming Fire is our shelter in life’s storms, we must become the same essence of the fire to not get burned.

Mature sons build a house for God’s sanctuary (1 Chr 28:10) while His Bride literally makes up His house. She is the glorious exalted space where He can and will dwell (Rev 21:3). One must become a mature son before one can be part of His glorious Bridal Company. Please refer to http://wp.me/p158HG-xC. Let us BE a pure manifestation of a mature son of God – I AM SON – who only holds tightly to Yeshua Himself, not things said to worship Him. In this Kingdom Day, we will not sanctify things for Him, He will sanctify Himself in us.

If you would like more information, here’s some good articles as well as the book I wrote in obedience to fulfilling the vow I made to Yeshua’s face to tell the Christian Church that “Christmas will be the Golden Calf of America”: