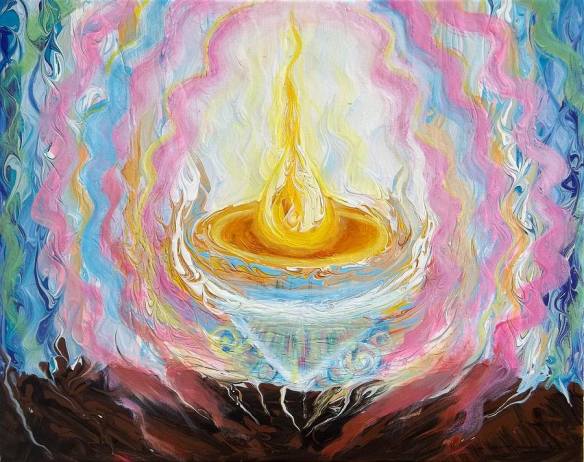 After consistently encountering both the Order of Melchizedek and the Bride of Christ simultaneously for years during Group Ascensions, I pressed-in for months to understand what the Spirit of the Living God was saying, because I was confused whether they were the same thing or not. One day a one-line zinger came: “Melchizedek is the predecessor of the Bride.” Melchizedek prepares the Bride. You as a royal Melchizedek priest prepares your own inner fire bride whose purpose is to become just like Jesus (Yeshua) and be ONE (unite) with the Divine.

We are going to be exploring the divine dance between the One New Man in Christ made after the Order of Melchizedek and the Bride of Christ in today’s MEL GEL #2 Class entitled “Shekinah Sabbath.” (NOTE: Recordings for all MEL GEL Classes are available here => https://www.sapphirethroneministries.com/videos.)

During yesterday’s “BRIDAL VEIL #1 – Mystic Mentoring Group Ascension,” we were part of the Bride standing beside Yeshua (Jesus). He was dripping with oil dressed in a blue eternal priesthood robe. Did you know that the oil that anointed the Royal High Priest made him the Child of Wisdom – the Son of God – who was perfumed with oil from the Tree of Life? And Melchizedek is made like unto the Son of God (Hebrews 7:3)?

The second century Jewish scribe Ben Sira described Wisdom as the oil itself as well as Wisdom was the one who served in the Temple of Zion. She was the High Priest of Zion (Ben Sira 24:10). This sweet perfumed oil was made of myrrh, cinnamon and olive oil as prescribed in the instructions for the Tabernacle (Exodus 30:23-25).

This myrrh oil is a sacrament of theosis, as evidenced by Enoch. A sacrament is simply an visible outward sign of an inward spiritual divine grace. The divine grace of “theosis” speaks of resurrection being a transformation of a human being back into a divine being, as originally designed (Genesis 1:26). Check out the Second Book of Enoch Chapter 22. As a High Priest, Enoch ascended to heaven, stood before the Throne of God, was transformed into an angel, resurrected and then sent back to earth. His theosis was complete with being anointed with myrrh oil.

The perfumed anointing oil was kept in the Holy of Holies, and when a Royal High Priest was anointed, we are told that he received the gift of Wisdom herself – Resurrection Life, Vision, Knowledge and True Wealth.

In a collection of early Christian hymns known as “The Odes of Solomon” the precious gift of Wisdom in the fragrant myrrh oil was commemorated: “My eyes were enlightened and my face received the dew, and my soul was refreshed with the pleasant fragrance of the LORD” and “He anointed me with His perfection and I became as one who are near Him.” (The Odes of Solomon 11 & 36).

The Dead Sea Scroll 11Q13 speaks of a Melchizedek Company as a congregation of the Sons of Righteousness that “stand in the council of God.” It’s spoken about in Psalm 82:1 – “A godlike being has taken his place in the council of God in the midst of the divine beings he holds judgment.”

Written July 28, 2016 – Sapphire Throne Ministries – Robin Main. Copyrighted – If you are going to copy this, please copy it right by giving attributions to this source.