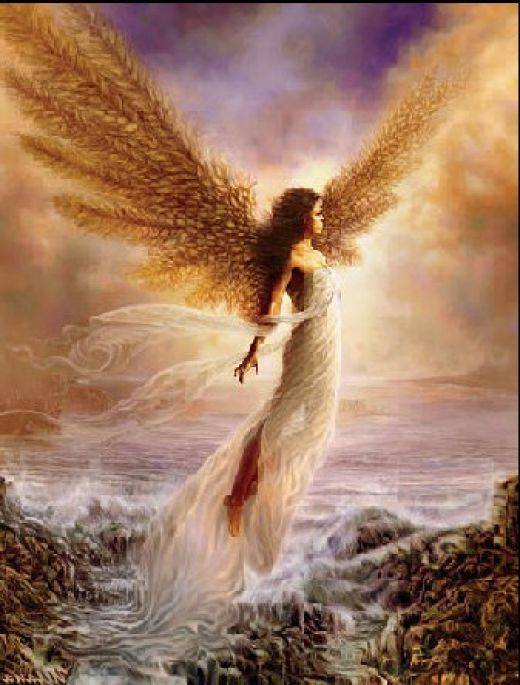 Did you know that the firstborn were chosen to be priests of Israel before an uncompromising tribe radically showed that they were for God no matter what the cost?

This is a Biblical pattern for the kings and priests of the Order of Melchizedek in our day. If you recall, right after Moses smashed the commandments given by God Himself when he saw the people worshiping the Golden Calf, Moses stood in the gateway of the camp and said: “Whoever is for YHVH, join me!” (Exodus 32:26).

Moses figuratively drew a line in the sand, and asked the Hebrews to make a decision. He was basically saying: Quit straddling the fence. The nation of Israel’s response showed the depth of their spiritual fall, because only the Levites stepped forward to dedicate themselves uncompromisingly to His service. Today, we are finding ourselves at another crossroad where the majority of God’s people are partying with the world and worshiping the Golden Calf.

Perhaps you thought that the Golden Calf no longer exists. I am here to tell you that it has not only survived, but it is thriving in our day with 95-96% of the world bowing down in worship. Our modern-day Christmas celebration is literally made in the same image as the original Golden Calf fabricated at Sinai. Please refer to http://wp.me/p158HG-2m for more information. On the day that the Order of Melchizedek began to arise on the earth (12-21-2012), I posted this article NORTH POLE GOING SOUTH http://wp.me/p158HG-kH, which speaks about us fully entering a new Kingdom Age where it’s the end of the world as we have known it. In both of these articles, I map the original Golden Calf to our modern-day Christmas celebration.

The words of Moses are still sounding out: “Whoever is for YHVH, join me!” I pray that the Father’s love and the holy reverential fear of the Lord resonates within each one of us.

Exodus 32:33-35 declares: “And the LORD said to Moses, ‘Whoever has sinned against Me, I will blot him out of My book. But go now, lead the people where I told you. Behold, My angel shall go before you; nevertheless in the day when I punish, I will punish them for their sin.’ Then the LORD smote the people, because of what they did with the calf which Aaron had made” (Exodus 32:33-35 NASB). How much more should God’s people, bought by grace through faith via the precious blood of the Lamb take notice, especially since a voice from heaven proclaims to end-time believers: “Come out of her [Babylon], My people, that you may not participate in her sins and that you may not receive her plagues” (Revelation 18:4 NASB).

Last year, I heard: “Unprecedented and ancient evil is being released this Christmas.” Please see http://wp.me/p158HG-E5. This year it will be worse. Christmas does come from Babylon, and I know that disease, disorder and death are some of the plagues associated with it. I write about this in great detail in my book: http://www.amazon.com/SANTA-TIZING-Whats-wrong-Christmas-clean/dp/1607911159/.

The world is about to experience cataclysmic events as it has never know or seen before. You and your family not only want to worship the Father in Spirit and in Truth, but you will want to be as clean as possible so these plagues will not come near your tent (family). It grieves me to tell you that celebrating Christmas will cause the plagues of Babylon to come on you and yours this year. Why am I grieved? Because I know that people who are loyal to God and who love Him will not dedicate themselves uncompromisingly to His service by coming out of Babylon and laying down Christmas. They will think that the grace we have had for the past 2000 years covers it, but the whole world has divinely shifted and greater maturity is required for His people. Many Christians say, and truly believe, that they are worshiping Jesus (Yeshua) at Christmas. I know I did.

Did you know that Aaron actually built the Altar for the Golden Calf as the Lord Himself had instructed in Exodus 20:24? Did you know that Aaron proclaimed that the worship of the Golden Calf was a feast to the Lord (Exodus 32:5)? Since the feast to honor Jesus’s birth is just a re-adaptation of the age-old Babylonian worship of mother and child, we need to examine this lamb of Christmas that we are offering as worship to the King of Kings. Every feast to the Lord is meant to be dedicated to Him. Yet, this festival, which Aaron and God’s people dedicated to Yehovah was not only offensive to Him, but it also invoked His judgment. Harmless it seemed. They believed that they were genuinely devoting themselves to worshipping the God of Israel. But the LORD saw into the heart of the matter: The people had corrupted themselves with idols. God’s people believed that they were worshiping the big “E” Elohim (the Most High God which the priests of Melchizedek represent), but the Lord saw into the very motives of their hearts and He Himself said that they were worshiping little “e” elohim (gods/demons) instead.

All the firstborn or begotten sons are supposed to be priests of the Most High God, but in the end it will be a radical uncompromising tribe within those born by water and spirit that will come into the fullness of being made priests forever after the Order of Melchizedek and manifesting that fullness by becoming a precious part of His Pure and Spotless Bride.

Whoever is for YHVH, join me!

Written October 21, 2014 – Sapphire Throne Ministries – Robin Main. Copyrighted – If you are going to copy this, please copy it right by giving attributions to this source.